Home is where heart is. Heart is where your beloveds are. Would you like to live with strangers or the ones you known for a long period and you can trust on? Shri Atal Bihari Vajpayee once said “You can choose your friends but not your neighbours”. We at “Shaurya Awaas Yojna ( SAY INDIA )” are offering plots and flats primarily for the Indian Armed Forces personnels where you can really choose your neighbours. Defence personnels have a unique lifestyle and find it difficult to adjust with civilian lifestyle post-retirement. Living with like-minded people from the common background, you have a lot to discuss, share and care, fulfilling your ‘emotional needs’.

Planning a lifestyle apt for personnel from Indian armed forces, Shaurya Awaas Yojna is a credible attempt from IPAN Real Estate. IPAN is successfully executing similar projects across India for Para Military personnels in the name and style of Suraksha Enclave. The projects are being executed by real estate experts under the guidance of distinguished Para Military experts with relevant expertise. 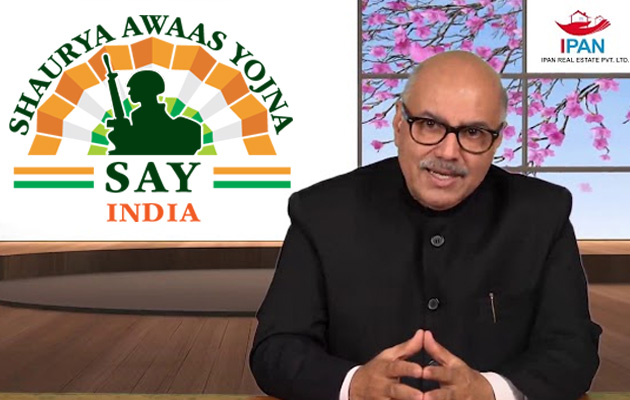 We are delighted to share about our previous project, ABSAY ( Akhil Bhartiya Suraksha Awaas Yojna ), which we conceptualized and designed for Indian Para Military Force Personnel. Currently under ABSAY, townships and housing projects are being developed for home buyers from Para Military Forces in 28 locations across India.

When we took the task of designing and build a lifestyle apt for a Indian Para Military Forces, it was a mammoth task mainly because of

IPAN, with a decade of experience under the belt, took this challenge with commitment to always render more and better service than is expected of us, no matter what the task may be. We are one of the biggest real estate consulting company spanning over 28 locations across India, with plans to add more cities across India in near future. As of now our projects are in various stages of development, and most of them already executing registries in favour of buyers.

Through ABSAY, we perfected and executed the concept of Group Buying It fetched immense price benefits for Para Military force personnel opting for home buying. Getting rid of middlemen, property dealers and agents, we planned and approach our customers from Para Military Forces directly. We started with registering their expression of interest for the nearby cities. After gauging demand, we represented them to quality builders of respective cities, thus saving on many costs like marketing expenses, interest accrued on investment in land which was passed on to soldiers as discounts.

Moving forward, having acquired immense experience of successfully executing similar project, we are all set to double our footprints now by serving the Indian Armed Forces through SAY INDIA.